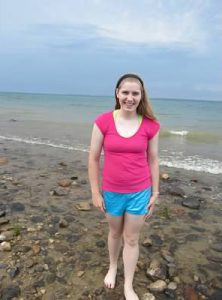 Me, standing on the beach.

It seems like the most memorable parts of family vacations are those that do not go as planned.

When I was 11, my mom took my brother and me on a vacation down to Florida. My dad was not able to come because we had dairy cows and he could not find anybody who was willing to milk and feed them while we were gone.

It was the first major vacation my brother and I had ever gone on. Prior to the trip, we had not even left the state of Wisconsin more than a handful of times.

Since my dad was not going, and I was the older of the two kids, I was designated the official navigator of the trip. My dad gave me a run-through of how the US highway system works. Basically all he told me was that odd numbered interstates run North-South, even numbered run East-West, and that those named with three digits are bypasses.

It was also the first time we used a GPS.

We made it down to Florida with little trouble. We went the long way around, through Louisiana, since Atlanta looked like a large city for an inexperienced navigator to navigate through.

On the way back we decided to drive up the East coast for a while and then cut across Kentucky and Tennessee.

We took the long way back for a few reasons.

1. We wanted to avoid Atlanta on the way back too.
2. We thought that it would be fun to stop at Mammoth Caves on the way through.
3. The journey is half the fun of the trip. Why see the same part of the country twice?

It was going pretty well. We drove through the inland part of the Carolinas and then started driving into the mountains, heading westward toward home.

Then we hit road construction.

The interstate was detoured so the westbound, eastbound, and northbound traffic were all going in the same direction—East.

I was navigating, just helping my mom figure out which lane she needed to be in in order to follow the detour signs and be able to get off at the right spot when the detour ends. However, my mom was driving and she did not like that we were driving East when we wanted to go West. She also did not like the abnormally heavy traffic.

“How can this road be East, West, and North?” she asked in frustration. To which I replied, “It’s a detour! Just follow the signs!”

She questioned my navigational skills at that point, with good reason since it was my first major road trip. Her solution to the detour was to turn off at the next place she could, turn again so we did a complete 180, drive trough a parking lot and on to a small blacktop road. We were now driving West.

The GPS found us and showed that we would make it to our destination on that road, so on we drove. 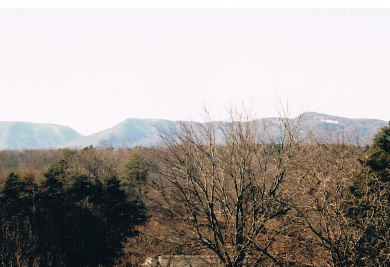 The road was incredibly rural. It was a narrow mountain pass with quite a few switchbacks. The scenery was beautiful and completely different from what we could have seen from the interstate.

Tourists were so rare that the gas station attendant at one of the places we stopped for gas stared at us in confusion.

It should have only taken us 4 hours on the interstate to get to Mammoth Caves. About 4 hours into our back road journey I spotted the interstate and insisted that we get on it again. My mom obliged, reminding me that the back road would have gotten us there eventually.

Not long after we got back on the interstate we hit a bad snowstorm. Even with plows and salt trucks, the interstate got very icy. By the time we got to Mammoth Caves they were closed because of the weather.

The guy plowing the parking lot said the high wind speeds from the storm turns the caves into a wind tunnel. He seemed confused about why we were there when it was snowing until he saw the Wisconsin license plate on our car.

After continuing on the interstate for a while we saw where our back road would have ended. We would have had to drive another 8 hours on the road not accounting for the storm that closed the mountain path.

It was a memorable trip.